Immediately following the success of the DIII Senior Classic 2009, there was a call to fulfill the same type of need on the D1-FCS level. Like DIII, there was no considerable post-season scouting opportunity devoted solely to showcasing the FCS athletes. The D1-FBS players have the Senior Bowl in Mobile, Alabama, but the FCS athletes who also have a high NFL free-agent signing rate did not have a game to call their own. Knowing that pro scouting for the FCS level had
been increasing and accelerating rapidly over the past decade (especially in the NFL), FreeAgentFootball.com (FAF) decided to truly build this game as the ultimate scouting opportunity for these young men. This includes:

From this model, the CDFL was able to satisfy the growing interest and scouting elusiveness of the FCS level. This game garners the most attention and popularity due to the caliber of athlete it attracts. Implications are high with
the FCS Senior Scout Bowl and rightfully so. On average, 11-18 pro scouts attend the 3-day event. 18% of the players sign NFL contracts while 61% sign some sort of pro contract (CFL, Arena, Europe etc).

The FAF D1-FCS Senior Scout Bowl is typically played in Myrtle Beach on 3rd Saturday of December and is the 5th event in a 5-bowl games series called the FAF International Scouting Showcase (ISS).

This game is the feature event of the final day of the ISS. This event is by invite only. The D1-FCS Selection Committee undergoes a rigorous 18-month long scouting process that concludes around mid-September, about 8 weeks from the event. Players are selected through the compiling and sorting of player data; including by not limited to:

After the culmination of this process, individual invite letters are sent directly to the player's head coach. Only a few invites are sent per position and are filled by a first-registered basis. If a position cannot be filled by one of the first three invites sent, then the Selections Committee moves down its list and will send another couple invites until the position is filled.

After approximately 40 players per-team are registered, they are placed on either Team NORTH or Team SOUTH based on their geographical location.

The FAF D1-FCS Senior Scout Bowl conducts a rigorous interviewing process that begins twelve months before the event. The founders take this selection very seriously because they understand the impact that coaching has on the quality of the product that is put out on the field.

The athletes have worked very hard to be in this Showcase. They're coming to compete at the highest level they to be honored, acquire quality film and network effectively. They rely on their coaches to put them in the best situation possible to highlight their skills and showcase their abilities to larger audience than they've had in the past.

Basic requirements to coach in the Senior Scout Bowl include: The event is a full-contact, 15-minute quarter football game with modified special teams. It is officiated by Atlantic Coast Conference (ACC) Officials under a hybrid of U.S. Collegiate and NFL rules. This "All-Star type" format has been perfected from over 10 years of experience in hosting and executing games like this. It has been specifically designed to spotlight talent, promote key matchups and maximize the exposure of its players.

In 2010, the game's founders took a moment to assess where they were with the Collegiate Development Football League (CDFL). The league now had established a successful bowl game for the DIII (DIII Senior Classic), but there was something missing. The D1-FCS level did not have a post-season all-star/scouting event that they could call their own. In response, the D1-FCS Senior Scout Bowl was born to complete the CDFL’s post-season collegiate football landscape.

This game quickly peaked the interest of the football world because of its intriguing matchups and high level of play. Players, coaches and fans from across the country shared their enthusiasm and appreciation for the opportunity to promote the talent of D1-FCS. In its first year in 2010, the game was played in Middletown N.Y. and was internet broadcast live. The webcast received over 15,000 views nationwide. The game is now played in Myrtle Beach in conjunction with the International Scouting Showcase's (ISS) four (4) other Bowl Games.

Immediately following the game’s inauguration, it quickly became clear that the D1-FCS players felt that they may sometimes get overlooked or lost in the shuffle when it came to promoting their skills to the pros at times. Eager to get a chance at national exposure, players from this level send in more applications then there are roster spots available. Since FreeAgentFootball.com leaves no player behind with the “second chance to make a first impression” mantra, the event's front office staff works very hard to get these players onto a professional roster somewhere in the world following the game. 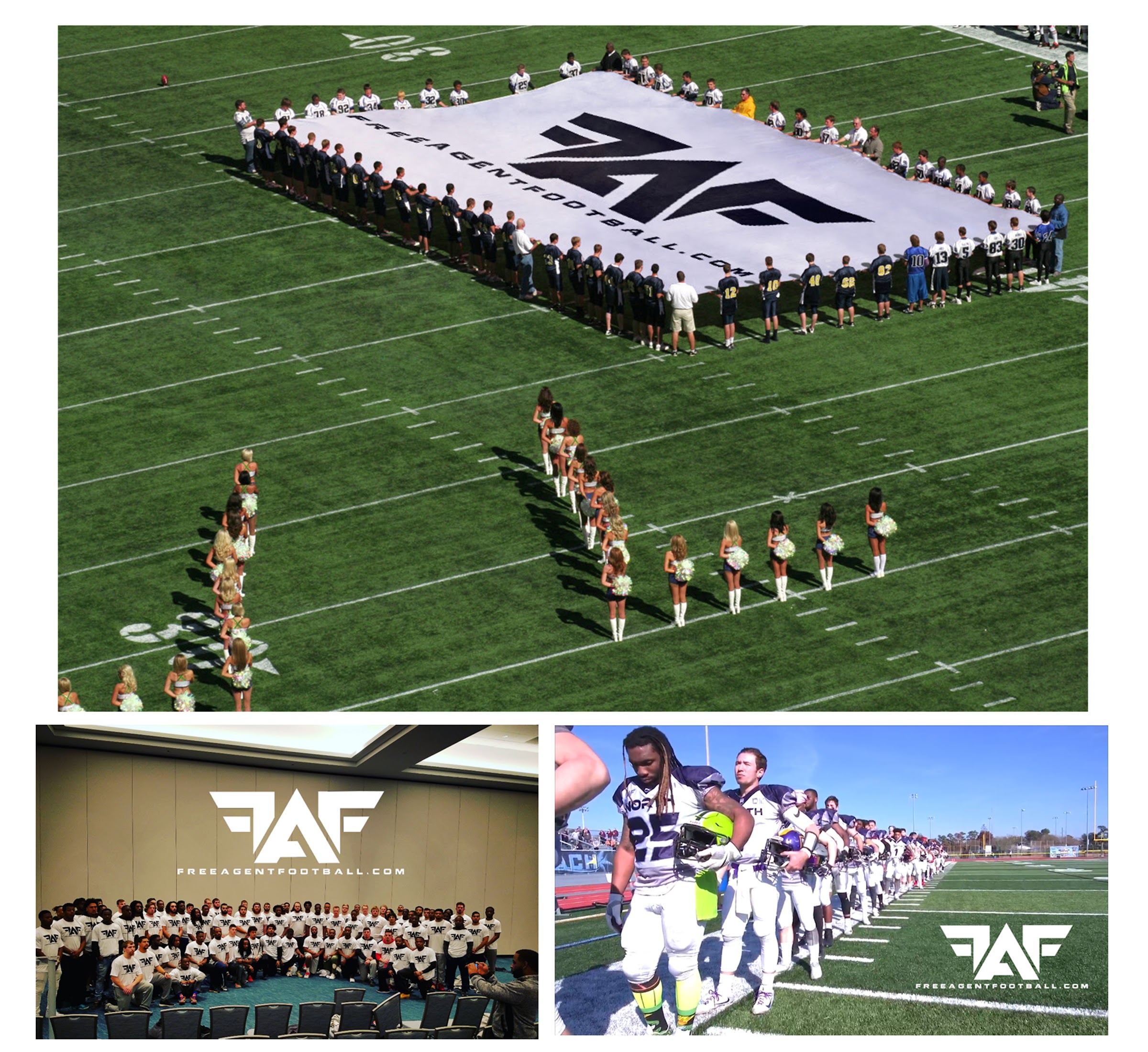